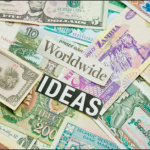 After Investment guru Carl Icahn’s latest warning this week that all asset classes in the US are overvalued and equity markets are likely to witness a sharp pullback later this year once the rate-hike cycle gets underway, many analysts are suggesting relatively safer high-yield bonds in certain sectors that are largely immune to interest rates.

If spreads narrow toward the end of the year, fixed-income securities up in the high-yield hierarchy are likely to outperform the markets. Global X Funds, known for its successful array of unconventional income funds, recently broke new grounds with the launch of its so-called “yieldco” exchange-traded funds. The newly unveiled Global X YieldCo Index ETF (NASDAQ: YLCO) is an attempt to diversify the firm’s existing suite of income products through the alternative asset-class route.

To be sure, YLCO is the first fund of its kind that targets a unique subset of the broader income generating asset class named “yieldcos,” which are publicly traded renewable (solar, wind, biomass, tidal-wave etc) energy corporations and closely resemble Real-Estate Investment Trusts (REITs) and Master Limited Partnerships (MLPs).

Yieldcos are listed companies in the renewable energy industry with a focus on dividend-growth and aim to provide high current income with low volatility.  These firms are spun-off by the parents and operate infrastructure assets on long-term contracts with a predictable cash flow, similar to MLPs and REITs. The parent utility companies, however, retain controlling stakes even after the yieldcos are listed.

The passively-managed YLCO tracks the Indxx Global YieldCo index, a gauge that holds just about 20 stocks from across the world as the market for these companies are brand new. Top three portfolio holdings include Terraform Power (11.28 percent) – spun-off from SunEdison in 2014, NextEra Energy Partners (9.36 percent) – separated from NextEra Energy last year, and Brookfield Renewable Energy (8.68 percent). The underlying index also contains companies that have announced spin-offs, but are yet to act on them such as First Solar.

Geographically, US listed companies get the maximum allocation, followed by the UK and Spain. Dividends are distributed every quarter, which are taxable as returns on capital for now because depreciation expenses of yieldcos exceed their cash-flow.

On the downside, you need to realize YLCO is a highly sector concentrated product and hence poses significant industry risk.