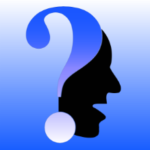 Legendary vulture investor Asher Edelman, the 1980s model for Gordon Gekko, strayed into what must’ve been uncomfortable territory for CNBC during an appearance on “Smart Money” when he discussed his view that the government’s “plunge protection team” is the only thing propping up the current market rally, and said he suspects that it has again been recently een intervening in the market to keep stocks at record highs.

Edelman simply notes that he doesn’t want to be in the markets right now because “I don’t know when the plug is going to be pulled.”

Few can explain the market’s recent resilience, holding near record highs despite weak economic data and intensifying geopolitical tensions. The main benchmarks have risen for the fourth straight day following last week’s “Trump Dump” despite a terror attack in the U.K., the worst soft economic data since February 2016, and surprisingly low trading volume.

The “plunge protection team” was created by President Ronald Reagan one year after the stock market crash in 1987, when the president called for the creation of the “Working Group on Financial Markets.” 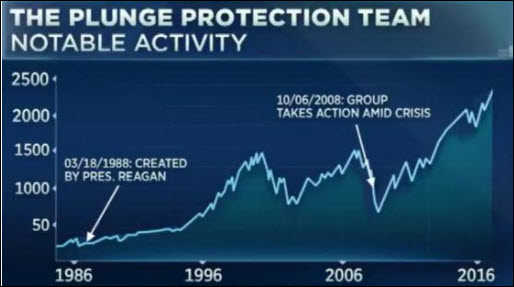 It’s believed – as the name would suggest and as has been profiled on countless occasions on this website previously – that the group’s mandate is to maintain stability in the market and head off any severe crashes like what was seen in 1987. It’s believed the group reports only to the president, though the head of the Treasury, head of the Securities and Exchange Commission and Federal Reserve Chairman are also involved. The team, according to Asher, steps in to execute trades on all exchanges when the market isn’t behaving as it would like, working only with big banks like Goldman Sachs Group and Morgan Stanley.

“We have seen the most extraordinary lack of volatility in the VIX since Trump has been in office and it’s interesting the night he was elected you may recall the futures came down about 400 or 600 points.

You may also recall that the next morning they were even again. Watching plunge protection for years, I had no doubt that’s what happened.”

That may have been the case in the 1980s, however in recent years the PPT is the collaboration of the NY Fed and Citadel, which are most aggressive during times of substantial market stress and selling, when intervention is needed to stop the downward momentum in prices.

Edelman says he believes one sign of TPP intervention is when a smaller, less-liquid stock suddenly rises late in the trading day.

We’ve noted in the past that there appears to be a rule against mentioning the team on CNBC – with guests routinely getting “Schiff’d” for doing so.

And once again, this time, the “theory” was treated with derision by his fellow hosts.

“I think we all have so many questions here I don’t think I know where to begin,” Fast Money host Melissa Lee said.

Some audience members were more enthusiastic.

I can’t believe @AsherEdelman just talked about the PPT on @CNBCFastMoney. Didn’t think anyone was allowed to talk about it. That was crazy.