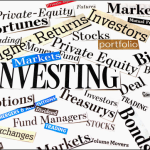 Domestic consumption and US consumer spending is likely to remain the dominant investment theme for 2016 as employee wages start to pick up and the wider economic recovery gains traction.

The restaurant industry – part of the consumer discretionary sector, has been the best performing segment in 2015 due to solid fundamentals, despite some headwinds. Research shows the Average American household spends more than $2,600 every year and eats at a restaurant more than five times a week. Needless to say, it was just a matter of time before some body spotted an opportunity in this oft overlooked but lucrative space.

That somebody turned out to be Kevin Carter, founder and CEO of Big Tree Capital, a Lafayette, California based investment advisory firm. Incidentally, Carter is also the brain behind the Emerging Markets Internet & Ecommerce ETF (EMQQ).

Carter’s new serving – the Restaurant ETF (BITE) tracks the BITE Index and revolves around an industry that most of us can readily identify with. The index is not constrained to a certain number of stocks and currently is comprised of 45 restaurants that are the who’s who of the dining world across various restaurant formats, ranging from fast casual and quick serves to casual dining and fine dining.

Carter partnered with the ETF Manager’s Group, a NJ-based provider of white label products, to help create and market the new fund.

BITE follows an equal-weighted and rules-based investment strategy and the index comprises of all restaurants that are publicly traded in the United States with a daily average sales of $1 million and a market capitalization of $200 million.

The index is rebalanced semi-annually, in December and June. Equal weighting helps the index reduce volatility as global giants like McDonald’s receive the same weighting as much smaller but fast-growing companies like Shake Shack and The Habit Burger.

BITE has an annual expense ratio of 0.75 percent, which is a little high for a passively-managed ETF, but in line with other niche-focused and more granular funds.