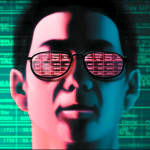 The recent stream of data indicates everything is good enough for the Fed to proceed as planned with a rate-hike in December, said Michael Gapen, Chief US Economist. Although the latest inflation report came in softer than many had expected, it was no surprise; again that was just further softness in core goods prices, being weighed down by a stronger dollar and excess capacity abroad.

There’s likely to be some concern over the strength of personal spending, which was weaker than expected. But looking closely into the sub-categories, it shows spending on utilities went down 8 percent on the month, which is about two-tenths of overall spending and accounts for most of the miss.

That’s not necessarily a bad story if consumers are spending less on utilities, it will likely show up in consumption somewhere else, just not in October. The bulk of the data flow suggests a December lift-off is likely and would get kind of the final nail in that coffin with the employment report next-week, he noted.

Consumption related stocks performed well during the year with the consumer discretionary sector adding 13 percent so far this year. Asked if the sector would continue to lead despite the economic data on consumer spending coming in somewhat mixed, Stephen Wood – Chief Market Strategist of Russell Investments, answered in affirmative.

The US GDP is likely to grow around 2.5 percent annually in 2015 and will likely be in the same range next year. If investors consider the back-ended benefits of the oil price-trap, Russell had forecasted the losses would be recognized in the first-half of the year and the benefits of low energy prices will hit the consumers in the US, and to a larger degree in Europe and in Asia, toward the end of the year going into 2016.

Looks okay and the likelihood of the Fed liftoff looks very, very real in the middle of next month. Russell believes that would put the Fed in a normal policy environment in 2016.

With QE terminated last October and a positive Fed Funds Rate this year, the Federal Reserve would have all the policy tools at their disposal going into 2016, he explained.

With the third-quarter earnings season nearly over, investors are now talking about the first back-to-back quarterly profit declines since 2009. Going by the trends, Q4 profits are likely to decline year-over-year as well. Asked if the juxtaposition of slowing corporate profits seems odd with a Fed rate hike, Michael answered in affirmative.

However, the corporate profit data reflects the splits in the US domestic economy.  For instance, if some of the energy-sector profits and profits from the rest of the world are taken out of the sample data and investors focus on domestic-sector profits alone, that data is not too bad.

Profit growth has slowed, but it’s up about 10 percent year-on-year; the drag is really coming from the energy sector and from activity related to abroad where global softness is.

Certainly, that is witnessed in the US economy as consumption, housing and non-energy business investments are pushing the GDP closer to three (percent), but it’s really trade and manufacturing that’s weighing things down and keeping growth closer to two-and-a-half (percent). So, Barclays believes the profit data reflect the broader split in economic activity in the US, he observed.

Geopolitical risks have a potential to move markets, and not just oil. It seems there’s an accumulation of risk factors building. Asked how investors could protect themselves, Steve said markets seem to have shrugged off the recent events, including the Paris attacks.

Geopolitics is important, but they may not be as impactful in the near-term as they have been historically. Investors need to do strategic asset allocation, which would allow them to get through these unexpected events.

But from an energy perspective, politics in the Middle East has become decreasingly important as the US and North America has become largely independent and developments in North Dakota or Montana maybe as impactful from an energy perspective. So, Geopolitics is important, but historically it might be reduced related to what it’s going to be going forward, he concluded.