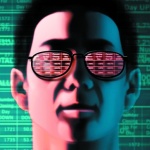 The investment bank revised euro area’s GDP growth-forecast higher – between 1.2% and 1.5% for this year and between 1.6% and 1.7% for next year. For the first-time, GS is above consensus on euro-area growth forecasts since the crisis broke out in 2008.

There are four reasons why GS is positive about the region; first, oil prices have fallen 35 percent in euro terms, which is good enough to boost growth around 1% – 1.5% over a period of two years. Second, the euro has fallen by more than 10 percent over the past 12 months and that’s enough to add an additional 1 percent to the level of euro-area GDP.

Thirdly, credit conditions have been improving, particularly in the peripheral countries and lastly, the pace of fiscal consolidation has started to slow. These four developments make Europe look more attractive than before he noted.

Optimists termed the latest credit data from EU as less bad while pessimists called it a false dawn. Asked to explain, Kevin said there was a fragmentation of the European financial system after the euro area crisis where easiest policy ironically existed in strongest countries.

The peripheral countries that needed easy monetary policy the most actually got very tight monetary policy. That was a major cause for the propagation of the crisis in the euro-area and addressing that anomaly has been a key challenge.

However, now there is evidence that euro-area credit conditions, particularly in Spain, are improving and bank lending costs to corporate are falling quite significantly. Also, more recently in Italy, credit supply surveys are showing an improvement and credit itself is showing a turnaround. Really, one needs to look at the totality of this data, he argued.

Equity markets in Europe have risen to record highs while bond yields have fallen to record lows, but the dominating factor all-along has been political risks. Asked to explain, Kevin said political risk thus far has been the biggest risk for Goldman as well and the Greece-situation was the most obvious example of that risk. A sort of resolution, so to speak, for the next few months have now been reached.

However, the situation in Greece is symptomatic of a much wider issue. Populations have reached a point where they are not prepared to sustain any more austerity or sustain any more painful structural reforms. Even in a country like Ireland, which is a fantastic turn-around story, populist parties have gained a lot of support at the expense of mainstream parties. That gives rise to a lot of concern for the Greeces, Spains and Italies of this world, he observed.

Asked if the latest developments indicate Europe is unwilling to cede much political ground despite the proliferation of ultra-left and ultra-right parties, Kevin answered in negative. There have been some concessions from Europe and over time an accommodation will be found with these protest moves across Europe.

There has been some softening at the edges and such tensions going forward are going to cause mini crises in the future. In near-term, the momentum is likely to surprise on the upside for European growth, but further out there are worries about the political situation, he noted.

In the UK, the govt/administration made the most noise about the so-called “Grexit” (Greece exit from eurozone) while analysts also talked about a possible “Brexit” (UK exiting the eurozone) after general elections on May 7 this year.

Asked why the UK was so worried about a possible Greece exit, Kevin said there’s a little bit of politics involved in the matter. European leaders were quite worried about a Grexit but couldn’t acknowledge it due to ongoing negotiations with the Syriza-led Greek govt. They maintained that they were willing to let Greece go if it didn’t adhere to the structures of the euro area. For the UK, they have almost the opposite incentive for the govt.; they want to talk about the threat of debt and excessive spending for slightly political reasons, he observed.

Goldman Sachs has upgraded its view on Europe. Asked if the new forecast brings it in line with UK GDP forecast as well, Kevin said Goldman has been above consensus for UK growth already. GS expects three percent GDP growth for this year vis-à-vis the consensus view of around 2.5 percent.

One of the reasons why Goldman did not upgrade the UK forecast further is because the exchange rate has been going in the opposite direction, which is likely to lead to tighter financial conditions, he concluded.