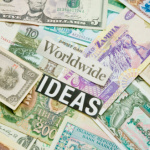 RevenueShares, the pioneers of revenue-weighted exchange-traded funds, recently expanded its lineup of unique funds with the launch of the RevenueShares Global Growth Fund (RGRO).

The firm’s six existing funds follow the so-called revenue-weighted model with different tweaks. For example, the RevenueShares Large Cap Fund (RWL) takes the S&P 500 Index and re-weights the constituents by their respective revenues. So instead of Apple Inc (the largest US company by market-cap), Wal-Mart Stores Inc captures top spot in the fundamentally-weighted ETF.

The new fund then selects countries that have the best year-on-year GDP percentage growth in the prior two quarters. The top five developed and top five emerging-market countries are then equally-weighted (10 percent each) from the wide universe of the Standard & Poor’s Global Broad Market Index.

The revenue screen is put next to target quality companies that have growing revenues and are trading at attractive prices because the company firmly believes the purchase price of a particular stock matters.

On the downside, the fund is exposed to currency risk as the underlying portfolio holds assets denominated in a number of currencies.

The fund has an annual expense ratio of 0.7 percent.