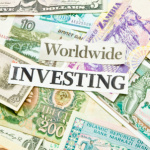 Infrastructure spending is likely to remain a prominent theme for governments across the world to boost economic growth. In the US alone, the government plans to spend $478 billion building roads, transport nodes, ports, bridges and such other vital installations, according to the Wall Street Journal.

A separate report by PwC and Oxford Economics forecast global infrastructure spending to top $78 trillion between 2014 and 2025 with 60 percent of the amount coming from the Asia Pacific region alone.

Investors looking for income from the defensive sector have the option to choose from a wide array of exchange-traded funds that are already on offer. However, the newly launched Guggenheim S&P High Income Infrastructure ETF (GHII) is unique since it takes a novel approach to infrastructure investing with a global coverage.

Shunning the beaten-track of market-cap weighting, the new fund weights its components based on trailing twelve month yields. The passively managed GHII tracks the S&P High Income Infrastructure Index, a gauge that focuses on the 50 highest dividend-paying (or trailing 12 months dividend yield, in other words) global infrastructure companies in the transportation, energy and utilities sectors.

Infrastructure companies generally operate in an environment of limited competition as there are significant barriers to entry, which offers benefits of natural monopoly. Add to the mix government concessions and favorable state regulations, and you get companies that typically have durable assets and generate stable cash flows over longer horizons with relatively low volatility, which they subsequently return to shareholders via dividend payouts.

The fund has an annual expense ratio of 0.45 percent.