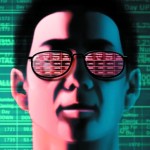 US interest rates are expected to rise in the middle of 2015 or even later, though it would probably be appropriate to hold them lower a little longer than that, said Federal Reserve Bank of Chicago President Charles Evans. A lot will depend upon the data and how quickly inflation moves up to the central bank’s target of 2 percent, Charles said.

Asked if the US economy could hit the targeted 2 percent inflation rate sometime in 2015 given the difficulties in stimulating demand, Charles said his own expectation is that inflation is going to be one and three-quarters in 2016. There’s hope the economy will get a lift in inflation and expectations are closer to the 2 percent objective, though actual inflation expectation about is 1.1 percent or 1.75 percent depending upon how one massages the data.

Cost pressures are minimal for raw materials and labor, and there’s no cost-push that could lift prices. A stronger economy is needed to get wage pressures moving and have that passed on in the form of higher inflation, which probably could happen in 2016 and beyond, he noted.

Asked if it’s too early to even talk about a rate hike, Charles said the US Fed is simply laying out the conditions and articulating the factors that it is going to pay attention to. A six-month time frame after the Fed ends its assets purchases takes the economy well into 2015, and a decision could be taken looking at the economic conditions and inflation.

If the unemployment rate falls to about five and three quarter by the middle of next year but inflation continues to lag and still remains well below the targeted 2 percent, a rate hike could be some time off. However, if inflation is close to two percent, it will be a different ball game altogether, he observed.

Asked why it’s so difficult to lift inflation despite holding rates at record lows and running the QE program for such a long time, Charles said growth has been stymied primarily by the debt overhang. A negative interest rate regime possibly would have helped the recovery, but the Fed is unable to lower them as much as is necessary.

Though the present situation warrants a further cut in rates to spur things on, the Fed is just marking time hoping the accommodative conditions will finally build up and turn the economy around. The recovery must be powered by consumer spending because more purchases would push businesses to expand their operations. That will fuel an expansion and help things to take off, he concluded.