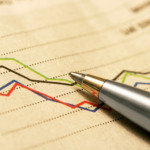 Cambria Investment Management, a California-based upstart investment adviser, has launched its third exchange-traded fund in an effort to expand the firm’s portfolio of the so-called “shareholder yield” products.

Listed on the NYSE Arca, FYLD screens for companies that have a history of strong dividend payouts, and carrying out share-buyback activities. The fund tracks the Cambria Foreign Shareholder Yield Index, a benchmark that focuses on non-US developed market stocks and gives access to about 100 securities with high shareholder yields.

Companies must have a market capitalization of at least $200 million in order to be included in the index. The firms also need to achieve the best combined rank on dividend payments, debt paydowns and net stock buybacks – the key indicators of shareholder yield – while taking into consideration value and quality factors such as financial leverage.

The index will also include screens to limit country, sector and industry concentration; and will seek to guarantee liquidity and investability of shares based on publicly available data. The fund believes with this strategy, investors can get exposure in companies that have strong free cash-flow characteristics and may outperform the market.

The portfolio is well spread out among different sectors with industrials (23 percent), financials (18 percent) and consumer discretionary (14 percent) occupying the top three spots.

Mid cap companies steal the show by cornering about 40 percent of total allocation followed by large caps (34 percent). From a national perspective, Canada, Japan and Australia round out the top three spots. Nevertheless, a number of European stocks are accommodated in the top 10, indicating the region will probably continue to dominate FYLD in the days to come.

The fund has a net expense ratio of 0.59 percent.