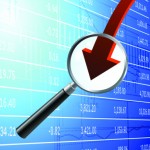 While the markets appear impervious to the disastrous situation unfolding in Greece, we certainly are not. Although it’s difficult to quantify the impact of an adverse event in Greece on U.S. markets, Greek default is a very realistic scenario that could trigger a negative ripple effect globally.

As Greece is mired in talks with its bondholders over the restructuring terms and the conditions of its new bonds, let’s consider why Greece remaining in the Eurozone is far from a good idea.

The mounting tension has already served to be divisive. Germany’s Merkel wants Greece to cede control of its budgetary decisions and put in that power in the hands of a European official. Considering the ineptitude of the Greek government in complying with bailout conditions or demonstrating that it can severely reduce its deficit, this is a move that could be implemented to ease the European situation, and in effect, markets, but will turn Greece into nothing but a (German?) colony.

Already, the troika (IMF, ECB, and European Commission) have significantly intervened in the recent debt discussions given that Greece has been unable to adequately uphold its financial obligations, putting its approximate $170 billion IMF loan in jeopardy. Whether Greece will receive its next tranche of nearly $20 billion in bailout funding come March is up in the air.

Currently, Greece is haggling with bondholders over the coupon rate on new 30-year bonds that they would receive as a result of taking a haircut. Bondholders want a coupon rate of 4% or more although opposing parties are pushing for a coupon below that. In my opinion, issuing new bonds won’t solve Greece’s financial problems.

Even if the Greeks come to a deal with their creditors, I simply don’t see a long-term financial benefit. First off, a 50% haircut would only reduce Greece’s debt-to-GDP to 120% by 2020 from its current level of 160%, which is simply unsustainable in the long-term.

The existence of strong unions and an unnecessarily large public sector are already a drag on the Greek economy. It’s evident that Greece needs to cut back somewhere, but high unemployment has provoked strikes among union workers especially. Austerity comes at the cost of significant national discord.

Akin to the pension obligations for U.S. auto unions that nearly destroyed the entire U.S. auto manufacturing industry on a competitive level, Greece has been plagued by the same issue, which is ingrained in the country labor market psyche. Hitting the point of no return, I simply don’t see how Greece can institute pension reform to save itself from bankruptcy. These obligations have been a major contributor to Greece’s inability to meet its 8% budget deficit-to-GDP target, a precondition for receiving bailout funds.

To make matters worse, ratings firm Fitch believes that Greece will default on its debt, citing that the country is essentially insolvent. Greece’s borrowing costs are well into the double digits and essentially no one in his or her right mind would purchase Greek debt.

If you have a spare hour, listen to this piece from This American Life on how Greece (and the Eurozone) reached this unfathomable debt debacle. Considering that Greece seems to have no other long-term options than default, it’s possible that expectations of a default could result in a less volatile market reaction, especially if it’s an orderly default.

Ultimately, I strongly believe that Greece needs to leave the Eurozone so as not to worsen the contagion that has already spread to the European core while hurting markets worldwide.

To prepare for the possibility of a disorderly default, I stress the importance of having trailing stop losses in place. While we want to participate in some of the upside seen in equity ETFs lately, protecting yourself in a downside scenario is crucial.