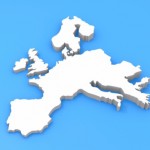 Only time will tell if the Eurozone will overcome this debt crisis. However, Europe faces a near certain reality of economic stagnation. With the amount of austerity that has been put in place, prospects for growth are dire indeed.

Not only is the economy likely to contract this as suggested by the IMF and others, but forward progress in the years following will be very slow as suggested in a recent interview with hedge fund manager George Soros.

In what he calls an impending “lost decade” for the EU, the recent austerity measures by PIIGS members especially, will put a damper on economic growth and likely keep unemployment high while creating deflationary pressures. In a deflationary environment, the real value of debt increases, creating a vicious cycle where the public and private sectors have additional hurdles to pay off debt.

Given Europe’s declining financial condition, it’s critical to understand the potential ramifications this can have for global markets and your portfolio on a short-term and long-term basis.