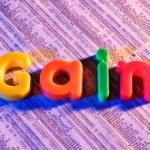 It’s been a crazy year for markets to put it mildly. Europe descended into a full blown financial crisis, the U.S. failed to make significant headway in economic growth, and Asian economies started heading south. And the sad part is that 2012 might just be much of the same.

Looking back on 2011, Guardian economics editor Larry Elliot reviews the global economy and the dismal year it had (some of it is UK focused). While the PIIGS grabbed headlines for their poor finances, the European core has been hit as well, as evidenced by higher borrowing costs, downgrade threats, and political bickering. The U.S. story hasn’t improved either as housing weakness and high unemployment remain a significant drag.

Not only did developed markets continue to take a hit, but emerging markets felt the pain too. Despite booming growth in recent years, China’s manufacturing has slowed down while India is facing high rates of inflation. And given the dependence of many emerging nations on European banks, a fully fledged Eurozone meltdown could deal a major blow to the emerging world.

I’m afraid that we will be stuck in neutral territory for at least the first part of 2012. With Europe’s situation unresolved and persistent weakness elsewhere, it’s questionable if markets can gain enough momentum to trend up in the near future.