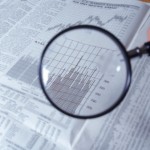 It was another rough week for global markets as the Eurozone remains stuck in a dire situation. Meanwhile, China’s economy is starting to show more weakness while the U.S. situation hasn’t really improved. The flood to Treasuries this week provides an indication that investors are unsettled by the level of market risk on a global scale, especially Europe.

A litany of ratings downgrades were handed out to both countries and banks, while more countries were put on negative outlooks. For instance, France might be set for a downgrade in the very near future, which could seriously rattle markets.

In the political arena, there is significant discord over the EU Treaty with countries unable to agree on various measures such as budget deficit provisions. And to make the situation worse, the IMF suggested that a Great Depression scenario is possible given the amount of financial harm the contagion has done.

Check out the interview below to get a comprehensive overview of recent Eurozone developments and where markets might be headed amidst continuing turmoil.