The selling continued this past week and improving equity momentum numbers were nowhere to be found. Most of the ETFs we discussed in last week’s report disappeared from the radar by sinking below the -20 position. New ETFs dropped in from a level above the +20 reading and are threatening to break the trend line to the downside.

Here’s where some of the major index ETFs ended up:

Please note that the first 4 have not only triggered their trailing sell stops (DD% column) but are hovering above their long-term trend line (cutline) by less than 0.5%. Any further market slippage will push these indexes into outright bear market territory, just like it already happened with VEU and VEA. 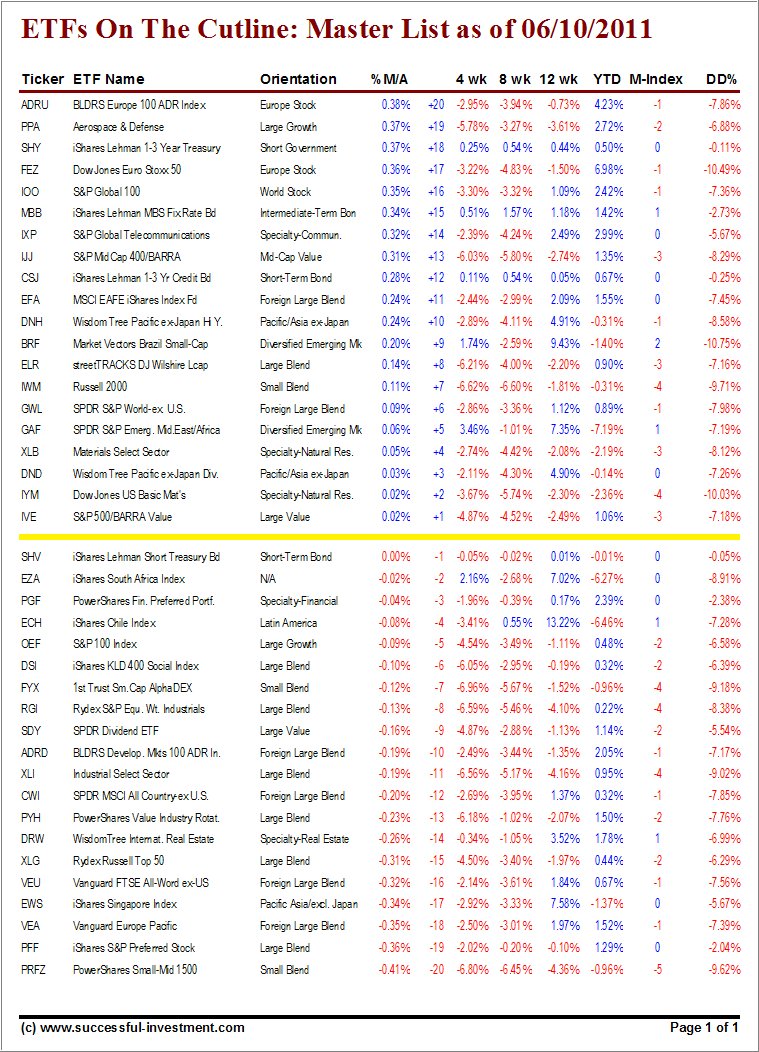 As I posted in Friday’s commentary, a break into bear market territory by our TTIs (Trend Tracking Indexes) could occur at anytime. There is great uncertainly in the market place, and I recommend that you keep new money on the sidelines until the change in major trend direction has played itself out.

Again, it’s important for me to point out that, as I posted in “How do I use the ETF Cutline Table to make a Buy decision,” just because an ETF rallies or stays above its trend line, does not mean it’s a buy. If you missed it, take a look at the link for details on what to look for before making a decision.