A big tip of the hat goes to reader Richard for sharing his back testing results of the Ivy ETF Portfolio. Richard is a far better chartist than I am and has thrown me an assist on some occasions. He writes as follows:

There are several details to be aware of, as I tried to keep it simple/rule-based:

(Could go back further with substitute funds, but this was a quick first cut.)

At first this seems too risky, but I looked at market cycles going back many years, and as the index meanders +/- around the 195 dma, this still catches the major trend and often better than a quicker move, and greatly reduces whip saw transactions and filters out some noise.  I can adjust this to any # – and really in practice look at other factors also.

Let’s look at the chart: 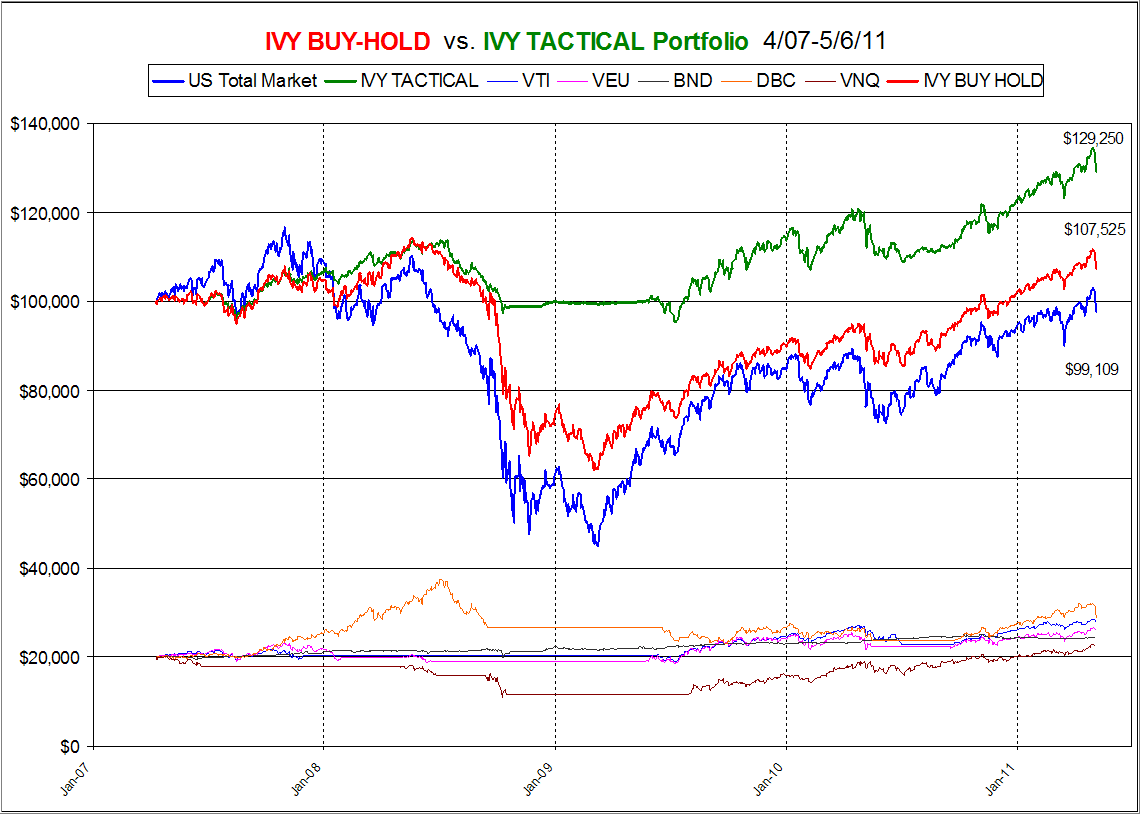 As you can see, Richard presents 3 different outcomes:

1. The performance of the overall stock market via the Total Market Index (blue)

2. The performance of the Ivy ETF portfolio as a buy-and-hold scenario (red)

3. The performance of the Ivy ETF portfolio with the trading rules as described above (green)

The differences are not surprising as the Ivy ETF Portfolio with its tactical (trend tracking) approach came out ahead – thanks to the 2008 market crash. For the sake of disclosure, I am obliged to point out that this past performance is not indicative of any future results.

However, this goes along with my long held belief that avoidance of any bear market should be an investor’s primary goal.

The above return of the U.S. Total Market Index (blue) clearly shows that, despite much hype in the press about the rally of the past 2 years, no gains have really been accomplished. The time has only been spent by the buy-and-hold crowd making up losses; and nothing more.

The above picture is worth a thousand words. Again, I thank Richard for his efforts.