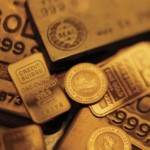 That is the question, especially after silver got hammered pretty hard over the past few trading days. The simple answer is that it depends on who you ask.

For some thoughts, let’s listen in to the WSJ’s “Steep Drop Tarnishes Bog Bets On Silver” (subscription required):

Silver’s fall of $3.50, or 7.6%, and a 1% drop in gold prices Tuesday came as some major investors have been selling. George Soros’s big hedge fund, a firm operated by high-profile investor John Burbank and some other leading firms have been selling gold and silver, according to people close to the matter, after furiously accumulating precious metals for much of the past two years.

Their selling suggested the sharp, nine-month run-up for precious metals could be entering more dangerous territory.

Many investors have turned to gold, silver and platinum as the U.S. dollar has weakened. Precious metals often serve as an alternative to paper currencies. The dollar is down 8% so far this year against a basket of other currencies.

Rather than gold, many smaller investors favor silver, partly because of its much lower price per ounce.

Silver futures settled in New York Tuesday at $42.58 an ounce, after having flirted with $50 a few days ago.

The metal now is down 12.4% over two days. Tuesday’s fall was the worst one-day percentage drop since December 2008.

And some prominent investment pros continue to favor precious metals, among them hedge-fund manager John Paulson.

For nearly two years, Mr. Soros’s hedge-fund firm bought gold and silver, becoming the seventh-largest holder of the biggest gold ETF, the SPDR Gold Shares. Some others with stellar records—including Mr. Burbank, of Passport Capital, and Alan Fournier, of Pennant Capital—also have been passionate about precious metals, giving encouragement to individual investors to follow.

Now they are selling, in each case for distinct reasons.

But now the $28 billion Soros firm, which is run by Keith Anderson, believes chances of deflation are reduced, eliminating the need to hold as much gold, according to people close to the matter.

A number of high-profile investors remain huge holders of gold and silver, amid continuing concern about inflation and the dollar. Mr. Paulson, known for his lucrative bet against mortgages a few years ago, told investors he still has most of his personal money in gold-denominated funds operated by Paulson & Co.

Mr. Paulson told investors Tuesday morning that gold prices could go as high as $4,000 an ounce over the next three to five years, as the U.S. and U.K. flood the money supply. Gold settled in New York at $1,540.10 a troy ounce Tuesday.

Wexford Capital, a $6.5 billion fund that has been a large buyer of silver over the past year, retains much of its metal positions, according to someone close to the matter.

Andrew Hall, a former star trader at Citigroup who runs hedge fund Astenbeck Capital Management LLC and trades for Phibro, a unit of Occidental Petroleum Corp., told his clients last month that gold and silver will continue to “march higher” unless evidence emerges of “an imminent rise” in interest rates. Higher interest rates could help the dollar and make other investments more competitive vis-a-vis precious metals, which pay no interest.

There you have it. The battlefield is divided between those heavy hitters who think gold’s value may be diminished as interest rates rise and those who believe much higher prices are ahead as more money gets created out of thin air.

While no one knows for sure, I happen to side with Mr. Paulson. My view is that we are destined to follow a similar path like Japan, which means sliding in and out of recessions and periods of deflation for an indefinite time frame.

That will generally bode well for metals, but it certainly will include periods where gold will go through corrections. That’s where your trailing sell stops will help you make a decision as to when it’s time to step aside.