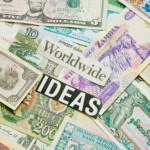 Global X Funds, the New York-based issuer known for its focus on emerging markets and niche strategies, has introduced the first ever Portugal specific equity ETF listed in the US.

Some analysts believe the so-called PIIGS countries (Portugal, Ireland, Italy, Greece and Spain) in the 17 member currency zone have turned a corner and Portugal is at a point of inflection where Lisbon will be able to generate positive GDP growth in 2014, making valuations relatively cheap for this small European nation.

Also ETFs focused on the other members of the group, notably the iShares MSCI Spain Capped ETF (EWP), the iShares Italy Capped ETF (EWI) and the Global X FTSE Greece 20 ETF (GREK) have managed to outperform the markets with GREK rising more than 40 percent over the past twelve months.

Nearly two-and-a-half-years ago, Portugal received a 78 billion bailout from the International Monetary Fund and the European Union in order to avoid a sovereign default. Economists now believe the country will be able to generate a budget surplus of about 3.5 percent in 2015 after the European Central Bank’s aid program comes to an end.

The Global X FTSE Portugal 20 ETF (PGAL) tracks the FTSE 20 Portugal Index, a benchmark that measures the performance of 20 of the largest Portuguese companies by market cap that earn revenues primarily from the domestic market, are domiciled in, or principally traded in the country’s stock exchanges. The index employs a transparent capping methodology and the underlying stock universe is all equities traded on the NYSE Euronext Lisbon.

The fund is well diversified across sectors despite having only 20 securities in the basket, with utilities, financials, consumer services and materials cornering significant allocations. Top individual holdings include Energias de Portugal, Jeronimo Martins, Galp Energia and Banco Comercial Portugues.

Although PGAL has no direct competition, it may not be appropriate for you if are not sure about the eurozone’s recovery. The European Central Bank is worried about the region’s low inflation rates and growth could be difficult to come by as Lisbon struggles its way through unpopular austerity measures.

The fund has an annual expense ratio of 0.61 percent.