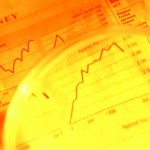 iShares, the San Francisco-based ETF issuing arm of BlackRock Inc, has unveiled its first exchange traded fund benchmarked to the MSCI Frontier Markets 100 Index in an effort to expand its lead in the foreign fund space.

iShares, with its lineup of more than 200 funds, has now targeted economies that are one rung below emerging markets. The iShares MSCI Frontier Index Fund (FM) will hold approximately 100 of the biggest frontier market stocks, thus giving exposure to an asset class that is largely neglected by leading fund houses.

The regional ETF space has gained popularity over country-specific funds recently since they offer diversified exposure. FM will give exposure to frontier markets such as Argentina, Vietnam, Pakistan, Croatia and 16 other countries that are forecast to be among the world’s fastest growing economies.

Frontier countries, according to BlackRock, represent 30 percent of the global population. Economically these markets are in the position that BRICS nations found themselves a few decades ago, and hence offer tremendous potential as external trade volume increases and basic infrastructure is put in place.

However, the downside risk is that frontier markets can be extremely volatile and prone to major geo-political upheavals. Also frontier markets tend to be less liquid and hence show lower correlation with developed and emerging markets, meaning they can be a decent source of uncorrelated returns.

The index includes rich but closed-off countries like Kuwait and Jordan in the Middle East, sizeable GDPs that have fair amount of investor restrictions such as Argentina and Asian minnows like Bangladesh and Sri Lanka. The main parameter that differentiates emerging markets from developed nations – per capita GDP, is irrelevant for frontier countries since both rich and poor nations find their way in the underlying index.

From a national viewpoint, the Gulf States dominate with Kuwait (30 percent), Qatar (15.8 percent) and UAE (11.9) occupying the top three spots. Sector-wise, financial get the top billing with a whopping 57 percent total asset allocation.

Telecom (15.8 percent) and energy (9.1 percent) get the second and third spot, respectively. The top three largest individual holdings include National Bank of Kuwait (8 percent), Kuwait Finance House (3.8 percent) and Qatar National Bank (3.5 percent) while healthcare and utilities get the least exposure. FM has an expense fee of 79 basis points.