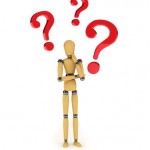 Friday’s GDP growth number may not be the best, but it’s still much better than the European nations, particularly when compared to the horrible UK number that we saw this week, says Peter Dixon, global equities economist at Commerzbank AG in London.

The economy clearly shows a downside risk since growth momentum slowed down to 1.5 percent in Q2 from 1.9 percent in Q1, but 12 consecutive up quarters show the US economy has been resilient, though it may not be entirely insulated from the European shocks.

It will probably be a little early for the Fed to step in with another round of stimulus measures next week, says Peter, since a much more significant weakening of the economy will possibly convince all FOMC members to vote for another round of QE. However, by mid-September we can expect another round of asset purchases if things don’t improve.

Reacting to European Central Bank President Mario Draghi’s Thursday pledge on preserving the euro, Peter said what Draghi meant may not be in sync with what the European politicians have in mind. Draghi may have meant haircuts for private investors and higher inflation in the region to devaluate Spanish and Italian debt, while politicians may take a very different view on the matter.

Even though Germany has been fairly resistant to further bailouts to the peripheral countries, particularly Greece, German politicians have not spoken in the same voice. The Bundesbank may have some extreme views over the crisis, but politicians would probably take a more balanced approach, he observed.

To bring down the precipitously high borrowing costs of Spain and Italy, it’s unlikely that the region’s bailout funds, the EFSF and the ESM, will be leveraged. If the ESM buys bonds from the primary market, it will effectively result in debt monetization, which the Germans are particularly opposed to.

However, if the European Central Bank buys bonds from the secondary market, it will be a compromise formula acceptable to most. Nonetheless, if the bond buying strategy fails to take off, the ECB may launch bigger and longer (five year duration or more) LTROs to attempt to bring down the unsustainable borrowing costs. You can watch the video here.