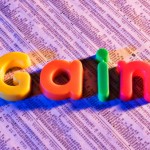 The ETF industry has been quick to focus on segments that are often overlooked by investors through the launch of niche and novel products. The crossover segment of the bond market is one such example.

The SPDR BofA Merrill Lynch Crossover Corporate Bond ETF (XOVR) tracks the BofA Merrill Lynch US Diversified Crossover Corporate Index, a benchmark that includes both investment grade and junk corporate bonds with ratings between BBB and BB. The index components must have minimum one year to maturity with fixed coupon payments and at least $250 million in outstanding.

The benchmark is overweight on industrial bonds (more than 79 percent of total holdings) with a modified option-adjusted duration of 5.70 while yield-to-worst is estimated at a respectable 4.8 percent. Qualifying securities must be rated BBB1 through BB3, inclusive (based on average of Moody’s, S&P and Fitch) and XOVR is almost evenly split along the risk spectrum with 53 percent of the holdings rated Baa or higher.

State Street believes the ratings range is the bond market’s “sweet spot” with notes that often straddle both the investment grade and the junk world. Focusing on the lower end of the investment-grade world and higher end of the junk space ensures a balance of risk and returns; a stop along the risk/return continuum between investment grade corporate bond funds such as LQD and products such as HYG and JNK that focuses on junk bonds.

Sometimes, the same bond is rated junk by one ratings agency while another marks it as investment grade. The same bond can crossover from one camp to another over time, hence the name crossover bonds. The fund charges 30 basis points in fees annually.

It’s an interesting concept that will need some time to prove itself. I will revisit this idea once more price data is available and side by side comparisons to conventional bond ETFs can be made.