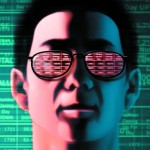 The US economy is doing pretty well compared to the European ones, says David Blanchflower, a professor of Economics at the Dartmouth College and a Bloomberg Television contributing Editor.

Back from his trip to Europe, David says there is fear everywhere. In France, people are talking about Hollande’s dipping popularity while in Germany people are worried about unemployment rising. The GDP has contracted for the last three quarters in the UK. In comparison, the US is doing pretty well.

In Europe, the Spanish employment rate has been falling steadily since 2008. Barring last week’s sudden dip in unemployment numbers, the US job market has been fairly flat.

In fact, the opposite is true; globalization has diminished workers’ bargaining power. The fear is that companies are not doing so well due to global slowdown, which according to David is misplaced because if they were not, they would have moved somewhere else, he noted.

Austerity is killing growth in Europe. Spending cuts in Europe have resulted in violent street protests across the debt stricken countries, which is a nightmare scenario that everybody was worried about.

Asked if European Central Bank President Mario Draghi would be frustrated given Spain’s reluctance to apply for a bailout package formally, David answered in the negative. Draghi knows very well that these kinds of proposals are fraught with danger since the countries must commit to strict spending cuts before the ECB steps in. For a country like Spain, which is already witnessing an unemployment rate of 25 percent, further spending cuts are not going to work, he observed.

Asked if quantitative easing has resulted in dollar debasement/currency depreciation, David was affirmative. He said QE by the US Fed has pushed up the pound against the USD and to halt Sterling’s ascent, the Bank of England will also initiate money printing.

So there’s a currency war going on and since the ECB moves slowly, countries that move faster have an advantage. When currencies depreciate, there’s an import-substitution effect; it’s beneficial for firms to start producing at home and stop importing, which in turn boosts the economy, he concluded. You can watch the video here.